Free For All Nurses Expand your skills with “Care of the Acutely Ill Pediatric Patient Respiratory Bundle”
Read the results of our latest national nurse work environments study, and see why Healthy Work Environments matter in this critical time.
Be exam-ready: Prepare for success with practice exams featuring hundreds of questions and on-the-go access.
Nursing Excellence Your Stories Beyond the Limits of the Sky

Beyond the Limits of the Sky

Part of my motivation was my children, to be an example that you're never too old to pursue your dreams and to follow through. You start something, you finish it. 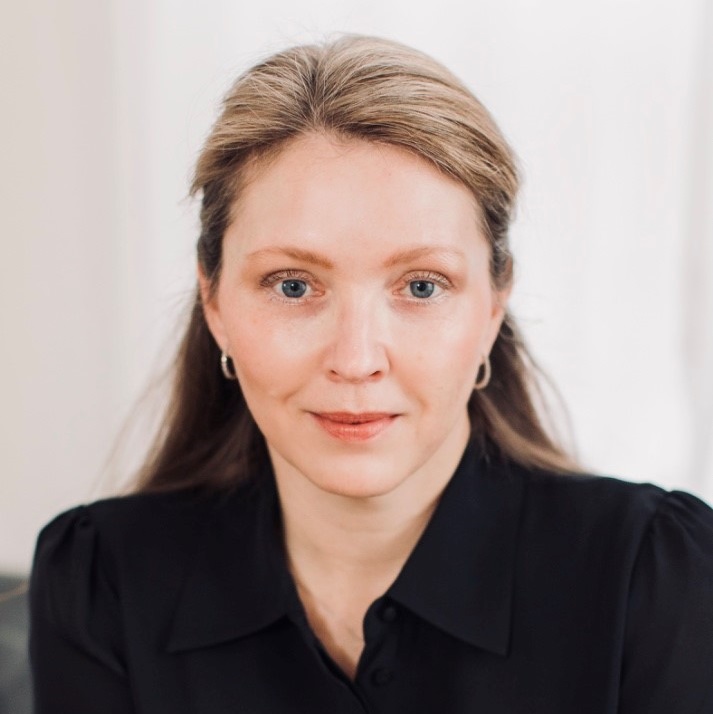 Krista Spence, RN, CCRN, was inspired to become a nurse after a successful career as a flight attendant. She spent 26 years traveling around the world and recently landed in nursing, which has been her goal for quite some time. While starting nursing school and still working as a flight attendant, Krista showed herself and her children that nothing is impossible if you pursue your goals.

Why did you become a nurse?

I always wanted to do something in the medical field, but I never had the opportunity. Life gets in the way. I got married, I had children, I got divorced, I got remarried, I had two more children. It was when my youngest son was born; he is now 11 years old. He was born on Dec. 26. He was six weeks early. We were in Houston, Texas, at the time. I was in labor on Christmas Day and did not realize it. When I went to the hospital, it was literally that I just wasn't feeling well.

Christmas afternoon, my husband dropped me off because I thought, "Well, I'll call him when I'm done." And the hospital staff said, "No, you're not leaving, you're in labor." My son ended up being an emergency C-section. I had placental abruption, which is when the placenta rips away from the uterine lining. I don't remember his birth because I bled out. I was sedated and woke up in the ICU.

My son was in the hospital for just a short period of time because even though he was early, he was 20 inches long. He was a big boy. So, he was fine. We went home. We were home less than a day and he started passing bloody stools. I took him to his provider down the street. They thought he had NEC, which is necrotizing enterocolitis. So, right back downtown to Houston we went with him, and he ended up in the NICU for two weeks. He was only home for a day and a half, and he was back in the hospital. During the first few days, they don't do anything invasive in the NICU. They waited until they knew for sure. Trying to figure out exactly what was going on with my son was one of the hardest things I've ever been through as a parent.

I was sick to my stomach. I'll never forget it. It was the moment when we were told, believe it or not, that it was a dairy allergy. It made him so sick because when he was born, I was not able to produce any milk because my body was under so much stress. They started him on a dairy-based formula, which caused so much gas and bloating that his little body couldn't handle it. It was during that time and being in that NICU with all those little babies that I was there every day. We were fortunate enough that we could get a hotel right next door. There were so many little babies that they didn't have any visitors there. They would cry and the nurses were so busy and I asked, "What can I do? I want to do something." And I said to my husband, "I've got to do something. That's it. I'm going back to school. I'm going to be a nurse."

You started nursing school and remained a flight attendant at the same time until you retired. What was that process like?

It looked like sitting in a cafe in Paris or wherever I was, all day long with books. I flew a lot in first-class galley positions. When service was done, all of my notes were up on the walls of the galley, studying in the middle of the night instead of taking my break. I would be sitting in the crew room, sitting in the airport with my earbuds in, studying, reading, writing papers, answering responses, watching videos. All of that time that I would've normally spent socializing, or in London, trips around the pubs or having a good time, I spent typically on my own studying.

Did you have any experiences as a flight attendant that helped prepare you to be a nurse?

I was in Brussels when the [2016 terrorist] bombs went off, I was stuck there for a few days. I was in the airport when the terrorist attack happened; we were on our way back stateside. Those things just sort of prepared me for the onslaught of stress and anxiety, and also just relating to people.

I can't tell you how many medical emergencies I've been part of, and I've even experienced a handful of emergency landings. Just the little things, caring for people, being in a leadership role, being a safety professional, some of those things go hand-in-hand with being a flight attendant and a nurse. There were many occasions where we would be on our way overseas and we'd have a medical emergency, and there were no medical personnel on board. I typically was the person that would step up. Everyone knew that if I were the lead flight attendant that, "If something happens, Krista's here, everything's going to be OK." And this was before I went to nursing school, because I was comfortable in that role, caring for people, being empathetic and being aware of what was going on around me. So, I think it set me up to be a good nurse. And also, I'm not 23 years old coming out of nursing school, although they've got an amazing career ahead of them and a lot to learn. I have some travel and some life experiences behind me that I think have set me up and prepared me for nursing, as well.

What kept you motivated to finish nursing school as a working flight attendant and a mom?

I wanted to prove to myself that I could do it and to show my kids that they can do anything. It was just as much for myself as it was for my family. Was it hard? Yes, oh my gosh, yes. Did I want to have fun and go on all the tours and things that all my fellow flight attendants were doing? Absolutely. But I put that all aside, because I felt like the reward of being a nurse was more important. It has been extremely rewarding being a nurse.

What is the most rewarding part of being a nurse?

The most rewarding part is when you have that patient say thank you, or the family says thank you. Or when you see someone get better, or even when you're there to help somebody make their transition peacefully and with dignity. That's worth it to me.

How do you balance being a mom of six and a new nurse?

You definitely need to have support around you. My husband and my kids have been so supportive on my journey. You don't have to sacrifice one for the other. You can have a family and a career. Women, we're powerful and we are strong, and we have a seat at the table. And we have every right to work and raise our kids and not be put on a shelf or even put in a corner. 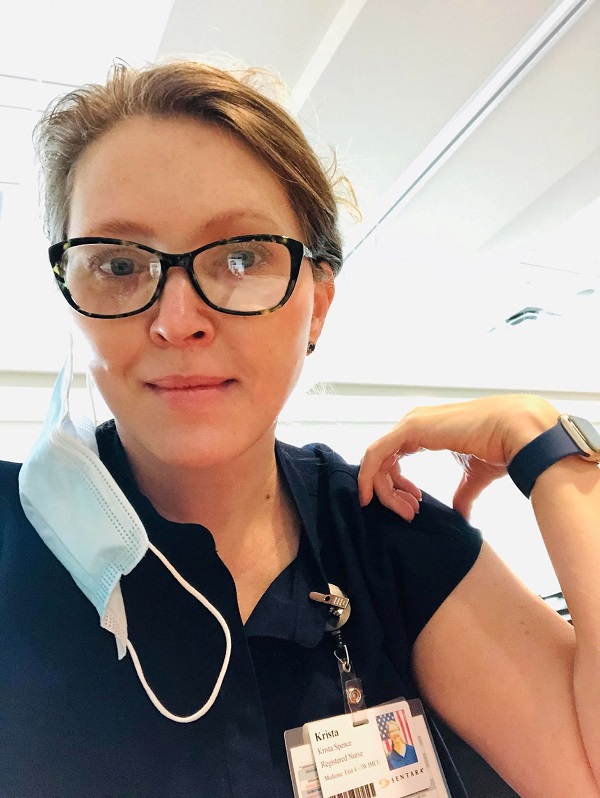 Being a new nurse, what advantage does your prior career as a flight attendant bring to nursing?

As flight attendants, we talk about preparing the cabin for an emergency evacuation. We do the whole spiel, "Here's what's going to happen. You're going to hear this sound &hellip; Brace for impact." People need to know what is happening, and when they have a sense of order and direction, that gives them a little relief. You can relate that to nursing as well, because there have been many times, especially during COVID, that I've taken the hands of a patient and said, "Look at me and focus on me; breathe with me." And then, even saying, "Do you see me panicking? I'm not panicking. We're OK, you're OK." I think that I got a lot of that from being a flight attendant. People will emulate and match your energy or your tone.

Do you or someone you know have an inspiring nurse story to tell? We want to hear from you. Submit your story idea.